Bringing in the Hay 3 Zwartbles Pedigree Sales in August 2013

The Cat Shepherd Tries To Help With the Hay

This morning was another hay working day but with a difference. I had to do loads of it on my own which meant lots of going up and down ladders. 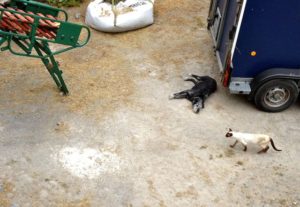 The Only Work Crew to Turn Up

Some of the work crew were scared of the noise from the hay elevator. 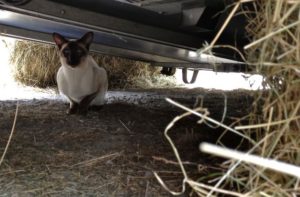 I would unload a heap of hay load it onto elevator till there was a pile in the loft, 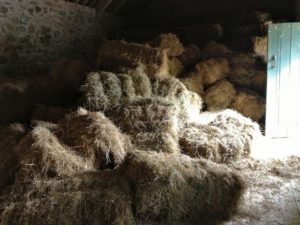 A Mess of Hay Bales

climb the ladder stack hay then back down the ladder. 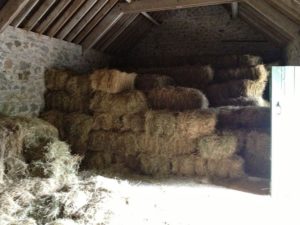 I would have loved a fireman’s pole to go back down, might have made it easier. 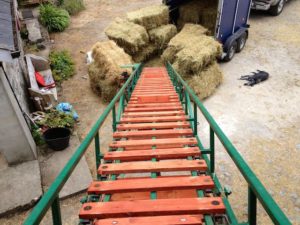 After a while some people did turn up which made life much easier and the hay was stored in double time. But Bodacious who is usually in the middle of everything that is going on in the yard only makes an appearance when the last bale is going clackity clack up to the loft. 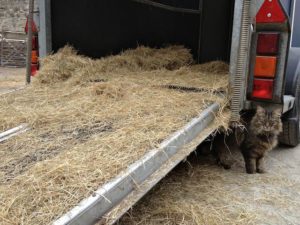 Bodacious then insists that he must help at least with the cleaning up. 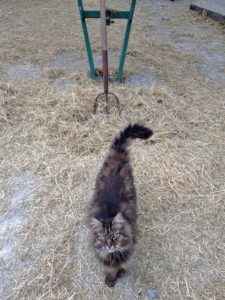 I’m Here Now What Do You Want Me To Do?

Curious as ever everything needed inspecting. 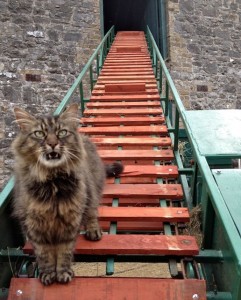 What is This Thing For? 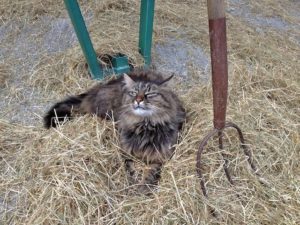 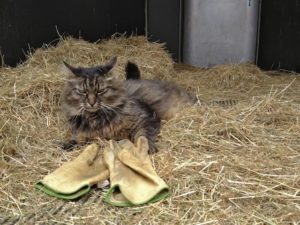 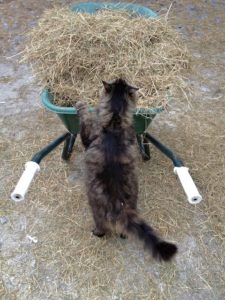 Yes Even Tried To Push Wheelbarrow

Now hay does make a sweet smelling bed for a cat but not when your loading up a wheelbarrow. 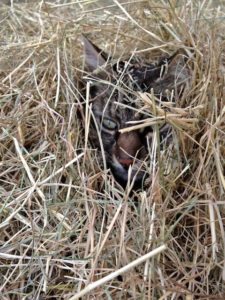 He was not amused that I put a fork full of hay on top of him. 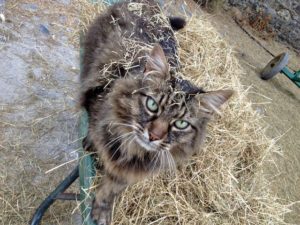 That Was Not Funny!! 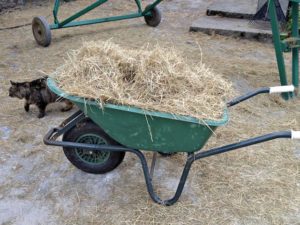 Finally he goes and lies down in a huff out of the way. 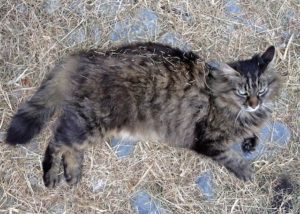 Getting in the Way is Exhausting

When the clearing up of spilled hay is finally done there is one last job to do before supper which is walk around the sheep fields to make sure all is well. This is Bodacious favorite job. 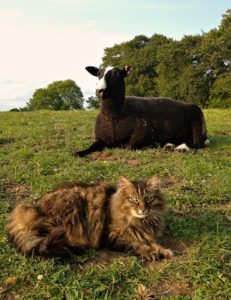 I Am The Cat Shepherd

Finally it is supper time and I am starving!!! 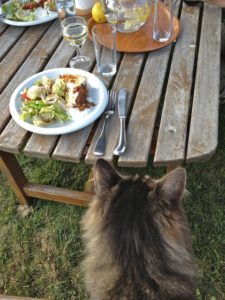 Mr. B Ready For Supper in the Shade